The St. Catherine Street project would not have been possible without the University and Borough working in tandem.

To that recognize the long-standing working relationship, University officials followed the street improvement ribbon-cutting ceremony  by dedicating two benches in honor and recognition of the special relationship between the University and Loretto Borough.

The first bench was dedicated to the Loretto Borough Council. It reads:

In recognition of the members of Loretto Borough Council, past and

present, for their service and commitment to our community. 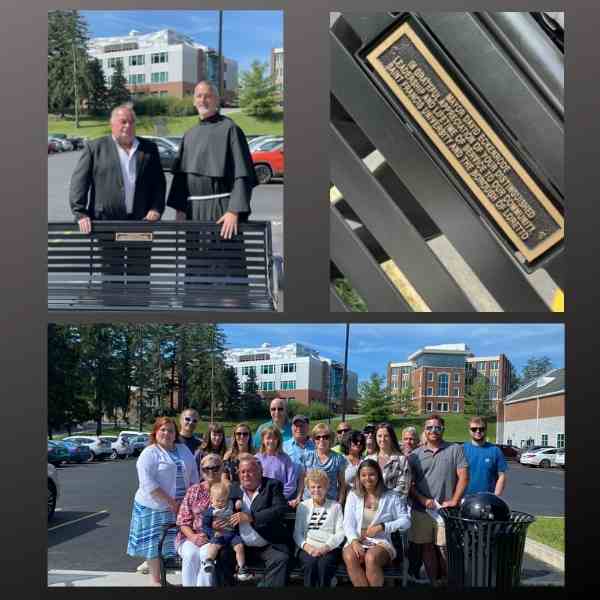 The second bench was dedicated to the longest standing mayor in Lorotto Borough, Mayor Dave Eckenrode. The surprise dedication in Mayor Eckenrode's honor was attended by several generations of the Eckenrode family. The plaque reads:

In grateful appreciation of your distinguished leadership and lifetime of service to our community.

Saint Francis University and the Borough of Loretto