SCHOOL OF HEALTH SCIENCES AND EDUCATION

The Department of Nursing inspires students to dedicate themselves to service, leadership, critical self-reflection and life-long learning in the Spirit of Franciscan values.  Nursing programs including online RN to BSN programs, are offered under the auspices of the School of Health Sciences and Education.

Dedicated to a Holistic Approach to Nursing

Our nursing programs position science, healthcare practice and ethics at the core of the nursing curriculum. Our teaching philosophy is to assist you to develop clinical expertise and critical thinking skills within a Judeo-Christian ethical perspective that will strengthen you for the emotional and moral challenges of this caring profession.

The Department of Nursing and Saint Francis University offers a variety of paths for you to become the nurse you aspire to be!

RN TO BSN TO MSN 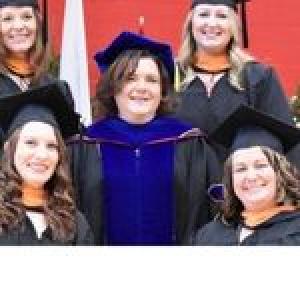 Online curriculum with clinical components No GRE or GMAT required 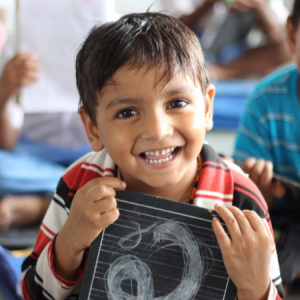 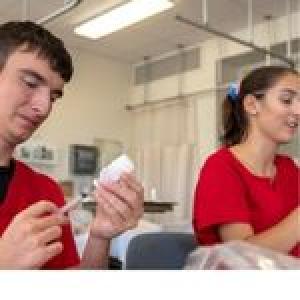 Earn a BSN in as little as 15 months 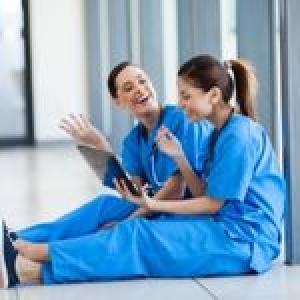 The unique, interprofessional curriculum offered at Saint Francis University has resulted in more well-prepared nurses who are entering the field sooner.

The new Health Science Experiential Learning Commons is a 10,000-square-foot structure that provides state-of-the-art classroom, laboratory, and clinical education space to instruct students enrolled in Health Sciences programs. Key features of this facility include an enhanced simulation center, skills lab and the addition of a simulated apartment.

Ranked #1 in the Nation

The Saint Francis University Nursing BSN program has been ranked number one in the United States. The ranking was completed by rncareers.org, which examined 931 schools. SFU tied for the top spot.

A significant portion of the ranking's criteria was determined by each school's NCLEX-RN exam first-time pass rate. The NCLEX-RN licensure exam is required for students to begin their career in nursing. Saint Francis has proudly touted a 100 percent NCLEX-RN first-time pass rate for five years in a row. This feat is a testament to SFU's commitment to preparing its students to become a practicing nurses.

According to rncareers.org, "We went directly to each state board of nursing to find, report and rank the the best BSN degree programs in the country."

This recognition is one of many extraordinary program accomplishments. The Nursing program has also been ranked the number one nursing program in Pennsylvania by RegisteredNursing.org.

In 2021, Nursing Professor and Associate Dean of the School of Health Sciences and Education Dr. Trofino has been awarded the Distinguished Colleague award from the Pennsylvania Higher Education Nursing Schools Association Inc. Read more about this honor here.

Nursing students practice working across disciplines alongside students in other majors, just as they will in real-life scenarios.

Franciscan values are embedded into the curriculum, ensuring we graduate caring, ethical nurses.

The baccalaureate degree program and master of science in nursing program at Saint Francis University are accredited by the Commission on Collegiate Nursing Education. CCNE Accreditation (aacnnursing.org).