Help Us Reach Our Goal!

Your gift will help Brother Shamus reach his goals to raise $100,000 for the Dorothy Day Outreach Center at Saint Francis University, which would allow us to reach over $700,000 for the DDOC in gifts over the past 12 years!

3 ways to donate to the Brother Shamus Charity Ride through December 2022.

The 2022 Dorothy Day Bike Ride is dedicated to all our Ukrainian Sisters and Brothers.  May the Lord shine His abundant Love and Mercy on them in their time of great need. 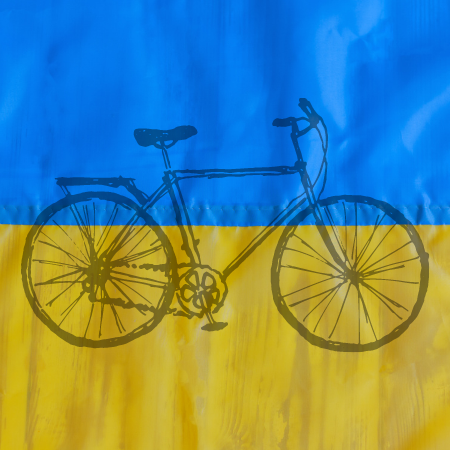 A special thanks to our past sponsors:

THE MAN AND THE CAUSE

Beyond  the gates of Saint Francis University in Loretto, PA, Brother Shamus McGrenra, now in his seventies, is known for his famed Charity Ride and miraculous survival of stage 4 colon and lung cancer. But on the campus nestled between the farms and forests of western Pennsylvania, he's far more than his many successes.

Born in Philadelphia in 1947, Brother Shamus was the youngest of six children. His parents, Irish immigrants, emphasized the importance of work ethic and family.  "We didn't have much, but I thought I was the richest person in the world because of my mom and dad."

In 1966, he decided to become a Franciscan Friar at the age of 19.  "I wanted to do something for the Lord," he said.  That decision led him to Saint Francis University where he joined the Friary and took a job in the monastery kitchen. Many of his fondest memories of his mother took place in their family's kitchen, and the modest job struck a cord for Brother Shamus.   "I cooked three meals a day at Mount Assisi. I love talking to the brothers; the camaraderie. It was an extension of my family. I knew that working there, I was in my element."

After graduating from Saint Francis University in 1972, Brother Shamus continued helping students, working in the university's Admissions office. He obtained his Masters degree from Indiana University of Pennsylvania in 1979.

In 1980, he became the Director of Admissions and Guidance at St. Francis Prep School in Spring Grove, PA, followed by Dean of Admissions, Financial Aid and Registrar at Manor College in Pennsylvania.

He moved to New York City in 1987 and accepted a position at St. John's University in Queens, traveling the world as an advisor in the school's international program. Brother Shamus remained in New York for 22 years, a time he fondly refers to as "the best years of my life".

In 2008, Brother Shamus decided to return to the place his spiritual journey first began, moving back to Saint Francis University in Loretto, PA. There, he began the university's first international program and became intimately involved in the Dorothy Day Outreach Center.

In 2011, Brother Shamus witnessed an emotional exchange between a young woman and her two children at the Dorothy Day Outreach Center. It was then that he decided to put his pastime of cycling to some good. In 2012, he established the Brother Shamus Charity Bike Ride, earning $12,000 for the Dorothy Day Center. After two successful years of charity rides, Brother Shamus was diagnosed with stage 4 colon cancer in May 2013. "I never had a drink of alcohol or smoked a cigarette. I thought I was going to live to 100," Shamus said.   While undergoing chemotherapy and radiation treatments, the community rallied around Brother Shamus in the summer of 2013, raising $30,000 in his honor.

In 2014, after learning the cancer had spread to his lungs and beginning a second round of treatments, Brother Shamus got back on his bike and completed “Five States in Five Days (The Lord Willing) for the DDC".   Brother Shamus credits his miraculous cancer recovery to the mercy of the Lord and the Saint Francis University Master of Cancer Care Program, the first of its kind in the nation. “I wouldn’t have been able to ride one mile without the training and care of the students in the Master of Cancer Care Program at SFU,” he said.

"I want to do two things. I want people to realize the power of prayer, and I want to be an inspiration to the person, like me, that there is hope, that there is life after a cancer diagnosis."